Safir Hotels & Resorts announces the closure of iconic hotel Safir International Kuwait, to occur at the end of March 2019. 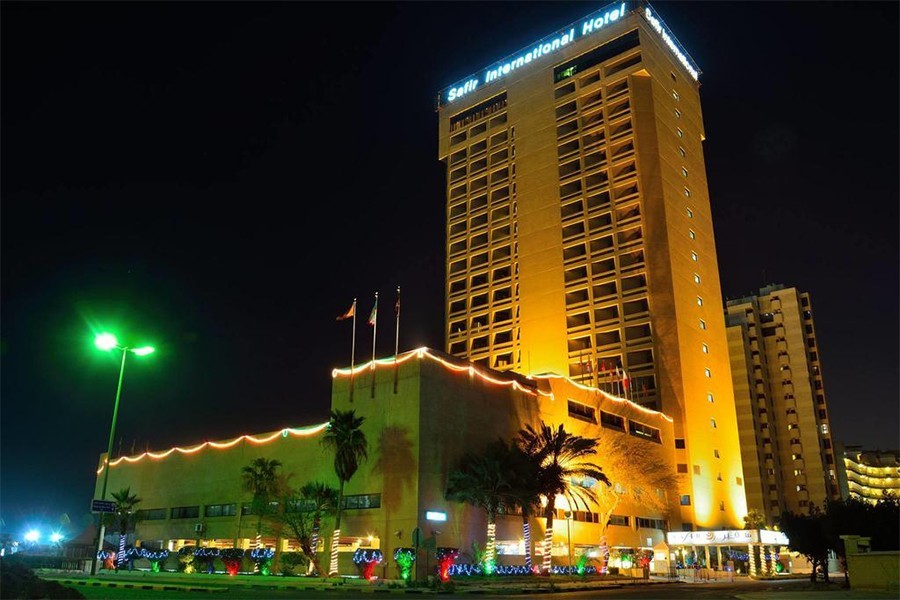 KUWAIT CITY - Safir Hotels & Resorts (SHR) is announcing the closure of iconic hotel Safir International Kuwait, to occur at the end of March 2019 with the last guest checking out on the 31st. Located in Bneid Al Gar, the hotel has occupied a prime location with sweeping views of the Kuwait Towers and Arabian Gulf since 1968 when it first opened as a Hilton hotel. In 1989, hotel management was taken over by Kuwait Hotels Company and the hotel was renamed Kuwait International Hotel. In 1984, an extension was built to the original hotel building and two years after the Liberation of Kuwait, the hotel was renamed “Safir International Kuwait.” In 2003, the main building unfortunately had to be demolished, as it had become structurally unsafe to operate as a hotel. Safir has continued operating the extension as a stand-alone hotel on behalf of the property owner, Kuwait Investment Authority (KIA), who recently arrived at the decision to change the future course of the property.

For many years, Safir International Kuwait was at the heart of Kuwaiti Society, hosting many important social and business events. Its legacy of excellence as one of Kuwait’s true five-star hotels was legendary. Besides the many international guests that stayed at the hotel throughout the years, the property was also home to the first Chanel and Louis Vuitton boutiques in the Middle East, and it featured the first escalator in Kuwait as well as the country’s first Japanese restaurant, Kei.

Nabil Shashtari, the hotel’s current General Manager, fondly recalls: “There was nothing else like it. Today we have malls populated with many high-end brands and outlets featuring international cuisine, so it is easy to take these things for granted. But back then, these things were unheard of in the country. Safir International Kuwait changed all of that. It set a precedent for exceptionalism.”

“It is always unfortunate to lose a hotel property, especially one with as much history as Safir International Kuwait.” says Patrick De Groot, Chief Operating Officer of Safir Hotels & Resorts. “We are very much invested in our relationship with KIA and we are working closely together with their team to manage the closure of the property in the coming two months.” The Hotel’s management team is supported by executives from Safir’s Kuwait-based headquarters, to ensure that all aspects of the final hand-over are considered in a comprehensive and professional manner.

“From Safir’s perspective, our Colleagues are ultimately the most important component in our business,” continues de Groot. “Where possible, we try and retain our talent currently employed at this property in other business divisions and other hotel properties within our portfolio,” he adds. “Some of our Colleagues have been employed at Safir International Kuwait for more than twenty-five years!”

“When asked to describe Safir International Kuwait hotel, many of our colleagues begin with ‘My Hotel.’ They don’t refer to it as a place of work, but as their second home instead. It’s important to us that we treat them not only as employees, but also as family,” comments Corporate Manager – Human Resources, Sadeq Taqi.

Despite the unfortunate loss of this landmark property, Safir Hotels & Resorts is optimistic about the future. “In 2017, Marina Hotel Kuwait underwent a comprehensive product refurbishment. Today, the property is recognized as one of Kuwait’s premier luxury hotel addresses. Several strategically important hotels are currently lined up to undergo renovation or refurbishment in the coming two years and we are aggressively pursuing new hotel management opportunities within the GCC and Middle East region,” says Patrick de Groot. “We are excited to share our vision for true Arabian Hospitality with the world and cannot wait to introduce our new concepts and brands.”

Safir Hotels & Resorts recently strengthened its corporate management team, filling positions in Human Resources, Marketing, Business Development, Electronic Distribution & Revenue Management, as well as Learning & Development. This new structure will allow the company to implement a number of strategic initiatives in support of its growing portfolio of hotels in the years to come.

Safir Hotels & Resorts (SHR) is a hotel management company, owned by Kuwait Hotels Company (KHC), which is part of the KIPCO Group. Established in 1993, the company manages a portfolio of ten hotels in Kuwait, Egypt, Oman, Qatar, Lebanon and Syria. Most of its hotels are managed under the Safir brand, except for its flagship property “Marina Hotel Kuwait.” Its portfolio strategy is aimed at growth in the MENA region in the midscale and upscale segments, managing both hotels and serviced residences. As the first Arabian hospitality management company in the region, the company has a wealth of experience in bringing value to hotel development projects and profitable hotel operations.